Sermon Title: Jesus’ Message for Hard Working, “Good People”
John 7:1-24
It’s hard to witness to “Good People”:
• Man: I was witnessing to a man that started telling me how he’d never cheated on his wife. When I tried to convince him that he was a sinner, he got up and left.
• Serbian Man: I spoke to a Serbian man on a plan flying over Europe. This man told me that he’d never sinned. Have you ever lied? Nope. Have you ever looked lustfully at a woman? Not that I can remember. I couldn’t find a sin that I could stick him with, so I just told him some verses from Romans. The Bible says, “That all have sinned.” And The Bible says, “The wages of sin is death.” That got his attention. “So we’re all doomed?” “Yes, you’re getting it. We are all in big trouble with God. We are all sinners deserving the punishment of God for the wrong we have done.”
• If a sinner can’t understand that, then the cross of Jesus Christ will make no sense to him at all. Jesus didn’t come for the healthy, but for the seek. He didn’t come to pat good people on the back, but to save sinners!
Intro to Text: Dean spoke of “The Great Divide” last week. Jesus is making bold and startling statements that force people to have to choose whether they are going to stick with him or leave him. Things start getting more intense at this point. Those who love him cling more tightly to him, and those who oppose him begin plotting his death. In the text here, we see Jesus interactions with 2 groups of people who oppose him, his own brothers and the Jews.
Divisions of the Text
• Introduction (1-2)
• Brothers (3-10)
• Jews (11-24)
4 Things Jesus Wants to Say to Hard Working, “Good People”
1. Your works are evil.
2. My teaching is from God.
3. You can know that my teaching is from God.
4. I am your Sabbath rest.
Introduction (1-2)
After this Jesus went about in Galilee. He would not go about in Judea, because the Jews were seeking to kill him. 2 Now the Jews' Feast of Booths was at hand.
• After this: This is a time reference that helps us figure out where we are in the chronology of Jesus ministry.
• Time Line: Here’s a timeline of the last year of Jesus life. 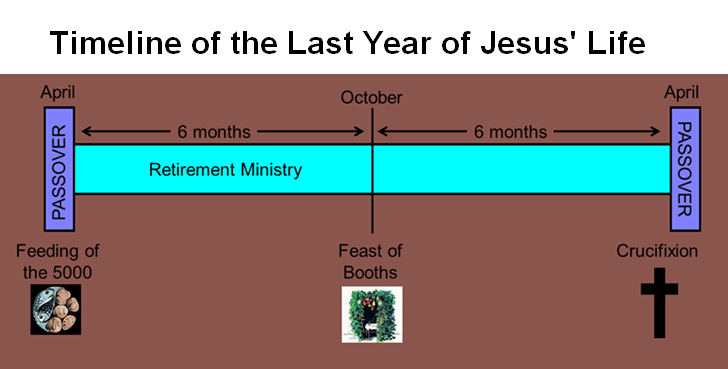 More in The Gospel of John

Breakfast Fit for a King!

Skeptic to Evangelist in 4 Easy Steps

Join us Sunday at